It’s hard to say exactly what went on at the thousands of orphanages across India yesterday, but I’d be willing to bet that none of them celebrated Zombie Day the way we did at the Good Shepherd Agricultural Mission.

As part of our Summer Games, we put together a playfully ghoulish competition, allowing our four teams to take part in a variety of undead challenges.

It all started with a big reveal. After posting a simple ZOMBIE DAY sign on the Summer Games bulletin board, Clifton, Jackson, Katie, Aaron and I zombified ourselves and erupted on the scene unannounced, the way plagues usually do. Seeing April, the 23 year-old, tough-as-nails, Small Girl’s hostel in-charge scramble and scream if the world was ending was worth a whole gallon of fabric paint on my face and then some.

After some chasing, biting and general shrieks of delight, we announced to the kids that they had all been infected and needed to look the part. There was no voodoo or the occult or any dark magic involved. It was simple biology. Like most all zombie plots, a virulent (if fictitious) virus was to blame, and there was no stopping it.

And so, armed only with charcoal, baby powder, permanent markers and some worn-out clothing, the teams created some of the best walking dead this side of AMC.

It was shocking, really. Seeing so many beautiful faces transformed into nearly unrecognizable figments…I’m telling you: George Romero would have been proud. 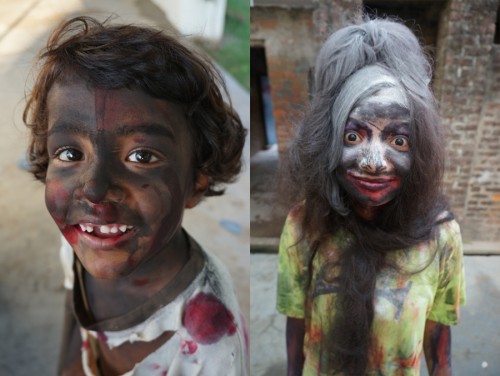 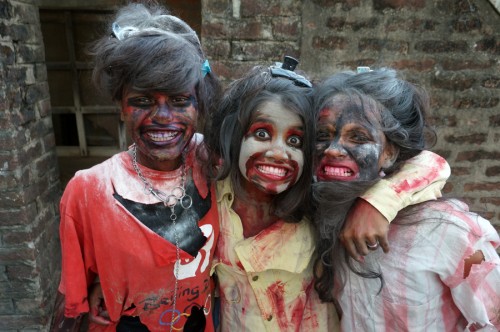 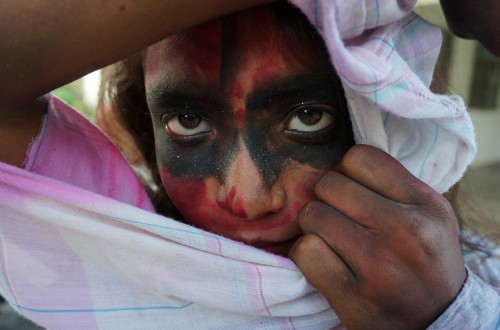 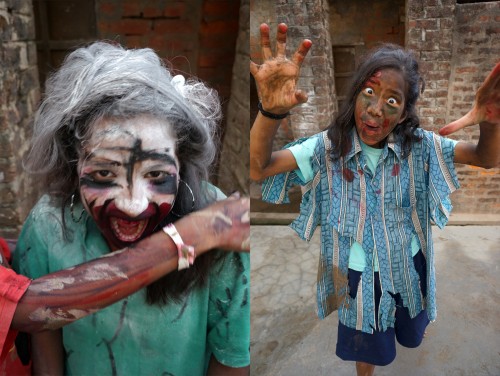 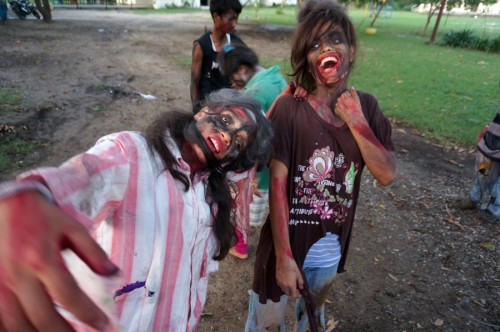 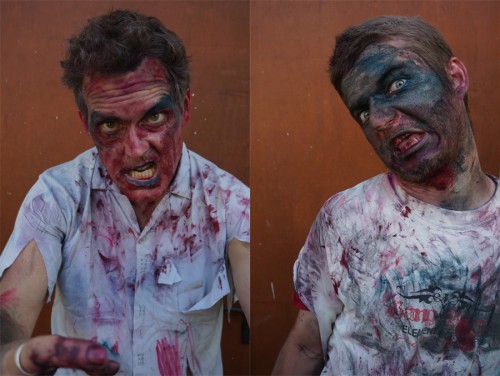 When the costumes were complete, it was time for a Zombie feast. By order of the judges, all teams had to eat dinner in character, forsaking cups, plates and manners of any kind. “Hey! Zombies don’t use utensils,” Gordon—captain of the Crocodiles—snapped, when he caught his team displaying unnecessary civility. It was a meal unlike any other in Mission history, with slurping, chomping and general messy mayhem for points. 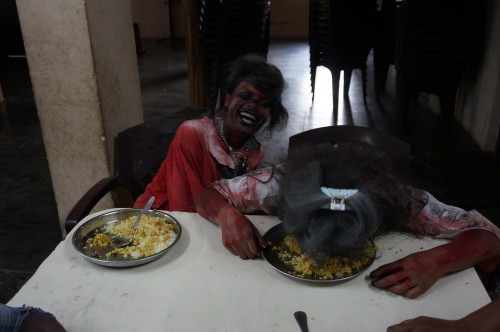 The afternoon ended with games. A Zombie Race requiring all lifeless participants to drag one leg and moan piteously around a track; A Snake Race, where teams passed rubber snakes mouth to mouth, down a line of hungry fellow snake biters; and Zombie in The Swamp, where all teams had to run past the merciless zombie catchers through a swollen, festering, flooded playground pond. Get tagged and your dead…again. 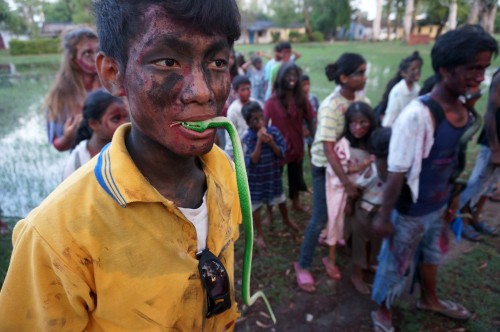 I’ve been a part of many elaborate spectacles here at the Mission, but Zombie Day will always hold a special place in my unbeating heart. For one, I got to spend it with my daughter, and I loved watching her lurch around the grounds, playing her role with so much fun and lifeless character. But I also loved seeing the Mission kids transform themselves in such a playful and unexpected way. 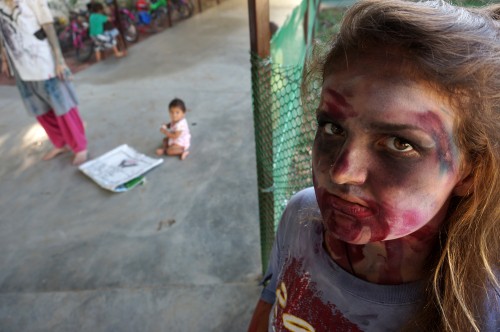 I’m guessing it’s rare in Indian life to waste so much time and energy on something so silly and frivolous; when life is hard, imagination can often be the first thing to go.

Which is why Zombie Day feels like such a gift to me, such a luxury. To watch normally reserved girls, enjoying new masks, crawling out of their cultural shyness with huge bug eyes and mile-wide smiles…to watch them come alive—ironically—by playing dead for a little while…it’s the kind of twisted fun no orphaned child would ever dream of and something I am unapologetically honored to help offer them.

I’m sure some people will not like Zombie Day. I’ve already seen some criticism on Clifton’s Facebook and Instagram pages, fearing darker forces, quoting Bible verses or simply disapproving. The internet is nothing if not an opinion factory.

But having seen every moment between the scary picture poses, the joy that went into this day, the happy team work, the creativity, the complete lack of Satan in the story line or frightened after affects in the kids, I’ll hold to the actual fun we had not the imagined fear that others may try to project on the day. For all its surface ugliness, it was–at least in my opinion–an oddly beautiful thing. 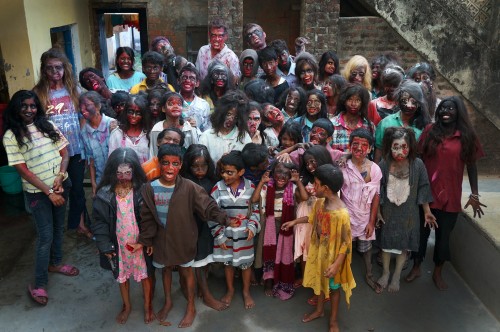 I doubt it will ever happen again at the Mission—or anywhere else in India, for that matter. Like Pirate Day last year, Zombie Day feels like a one off. Still, like the hard-to-scrub-off paint that still stains my feet and arms, the memory of April’s surprised-happy scream and the beautiful-hideous smiles of my tiny zombie friends are things that will linger in my rotting brain for as long as I am lucky enough to walk this earth.

Disagree? I’d love to hear it. Love it? Let me know on my original blog post site over here.