A Chance To Change The World 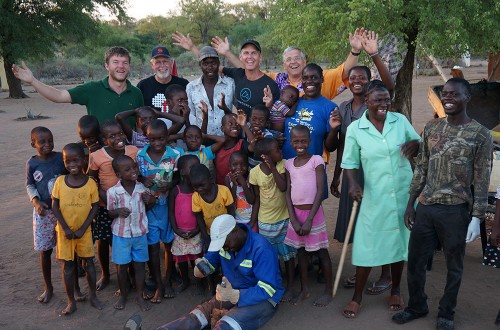 Clifton and John with new friends in Africa

Part of our focus here at the Good Shepherd Agricultural Mission is helping others. When the earthquake hit in Nepal last year, we were able to deliver relief aid sponsored by so many of our supporters. When a nearby village was recently in need of medical supplies, it was an honor to help organize a free clinic. As we have been so blessed over the years, with generosity and abundance all around us, it is a great gift when we get to give back to those in greater need.

In this spirit, we’re using this week’s prayer letter not to list our current accomplishments, but to introduce you to a new friend, and to propose an initiative that will hopefully be a win-win for everyone who gets involved.

His name is Peter Gondo, and Clifton and John met him on their recent trip to Zimbabwe. In the picture above, he’s the guy sitting on the ground. He’s a native Zimbabwean, in his late thirties, living in the town of Masvingo.

If you could meet Peter, you’d like him. Guaranteed. He’s quick to smile with a gentle, positive nature. You certainly wouldn’t suspect how much he is struggling to make ends meet.

Peter grew up in a large family that practiced a local religion. But when he was eighteen, he converted to Christianity and was shunned by his father for abandoning the family’s traditional faith. It was a painful loss. When he got married a few years later, not a single member of his family attended his wedding ceremony.

He now has five children, two of whom are adopted orphans. Peter knows what it’s like not to have the love and support of family any longer, and he works hard to spare his adopted daughters that pain. 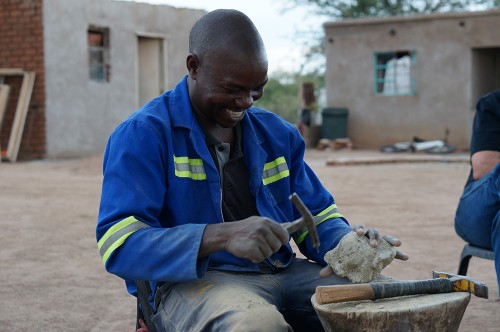 Peter hard at work doing what he loves…sculpting

Blessed with a strong work ethic and a naturally sunny disposition, Peter has persevered. In 2002, after years of practice, he became a celebrated sculptor in his country. His work was featured in the National Gallery. He sold pieces for thousands of dollars, which is a king’s ransom in Zimbabwe. Without any exaggeration, his talent is enormous, but the opportunities in his country are not.

With the collapse of the Zimbabwean economy, with the hyper-inflation their currency experienced recently, with tourist numbers plummeting, there is no demand for local sculptures any longer. Shops and co-ops are closing in droves. Artists are forced to simply find other work.

John and Clifton got to know Peter over several days. They watched him work; he carved an elephant for John’s daughter that was so effortless and joyful. He didn’t sketch or plan or refer to a picture. He just chipped and filed and polished until the elephant emerged, as if it had always been there, just waiting to come out of the stone.

It’s like Peter’s talent. It’s on the inside, just waiting to be released.

Peter makes roughly $150 a month, doing whatever he can. Manual labor, mostly. He sometimes drives a cab on the side; but corrupt police can make this line of work unprofitable. It’s a struggle, yet Peter is not bitter. He is lit with a love for God, an easy kind nature and a sincere faith that things will work out. He just needs a little help

So here’s the plan.

We’re hoping to sell $1800 worth of Peter’s work. One year’s salary. More is better, but we’ll start with this. We’re asking a paltry $50 US for a small carving (like the elephant) and $125 for a larger one (like the rhino). These are suggested minimum donations but we’ll leave that up to you.

Peter is offering five options; elephant, rhino, hippo, lion and giraffe. Small or Mid-sized. Your choice. These will be picked up in April and shipped to your door. Here are a few examples. 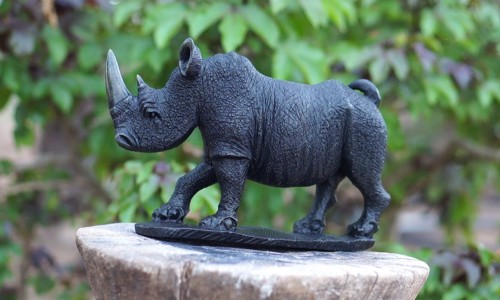 This rhino is solid, almost a foot and a half long, ten inches high. $125. 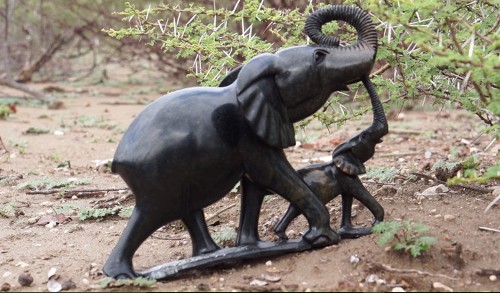 Elephants are being offered without babies. Sandstone, beautiful 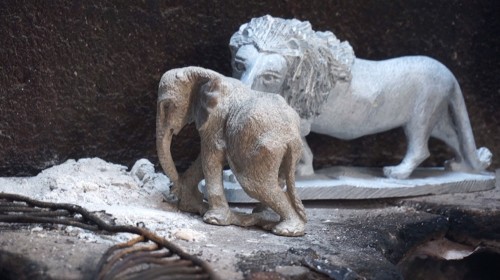 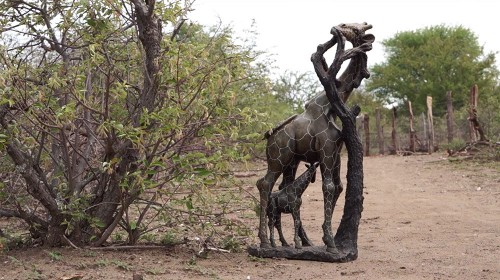 Giraffes come in both sizes. Large and small. Take your pick.
These, along with the tree, are made of one solid piece of stone.

If you’re interested, just email john@johnmarshall.com or reply to this newsletter. Let us know four things; Animal, Size, Mailing Address. We’ll work out all the money later. At this stage we are only able to offer the sculptures to people in the USA and Australia and would ask that you pay for postage (in country) separately.

In an exciting development, Rick will be going to Zimbabwe in April for 19 days, helping the Houses of Hope Africa orphanage develop their farming operations. Just another chance to reach out and share our gifts with others. Plus Rick is long overdue for a vacation.

We hope you’ll pick up your own piece of original Zimbabwean art and help us help a really nice guy in the process. While it feels really good to give, in this case, it will also feel really good to receive.

In addition to this straight out donations for Peter are welcomed warmly.

UPDATE: We have now sold all the sculptures we were seeking to sell. Thank you to everyone who has helped out along the way! Amazing!