I watched a movie the other night called Hacksaw Ridge. Have you seen it?

It’s a Mel Gibson film about a conscientious objector named Desmond Doss who joined the US Army during World War II. Though he refused to carry a gun into battle, Private Doss ended up distinguishing himself during a particularly bloody battle on the island of Okinawa. It was April, 1945. The battlefield was located on top of a sheer 400-foot cliff and was a dangerous web of Japanese machine gun nests and booby traps.

After heavy loses and many men down, Doss’s platoon was ordered to retreat, but Doss refused to leave. In an act of super-human determination, he ran back into that hell again and again, dodging bullets and risking his life to drag seventy-five wounded men to safety. Each time he made it back successfully with another fallen soldier, he is said to have prayed: “Lord, please help me get one more.”

Rampal, ready to rush into an imaginary battlefield.

Hacksaw Ridge is a true story. For his bravery, President Eisenhower gave Doss the Congressional Medal of Honor. And why wouldn’t he? I don’t think anyone would deny that Desmond Doss was and is a hero. In fact, he’s the very definition of a hero, isn’t he? He put his life on the line to save others. It’s inspiring. We make movies about this kind of sacrifice. We admire these kinds of people. What’s not to celebrate?

But I had a thought today. I was sitting in the office, looking at the birthday list here at the Good Shepherd Agricultural Mission when I realized: There are around seventy-five children here. And like those wounded soldiers on Hacksaw Ridge, the Mission kids were all rescued in one way or another too. Many of them were literally dying when they arrived, starving, abused, discarded, damaged in both visible ways, and in ways we may never know.

The people that save children like this are my heroes. 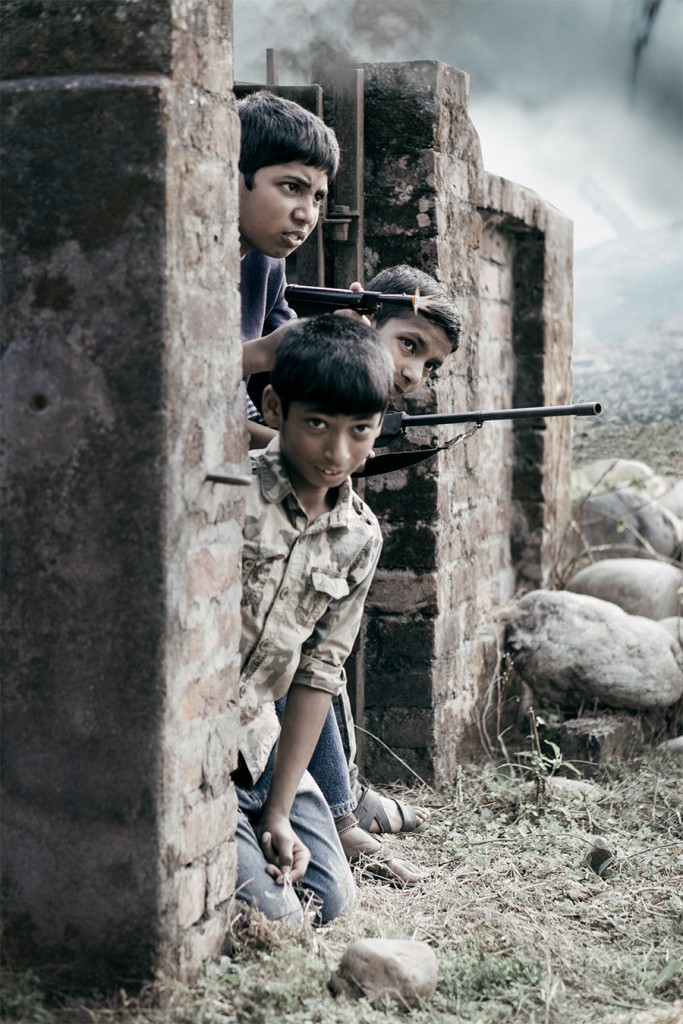 Scouting to make sure the coast is clear.

Which is why I find the current movement to vilify all orphanages so insulting. I see it all over the web; on TED talks, in blogs, in HuffPost articles. J.K. Rowling’s Lumos Foundation is the biggest gun in the opposing army, so to speak. They lump all group care into the same rotten basket and celebrate family reunification above all else–as if some families are not deadly battlefields of their own.

When you see first-hand, as I have, the sacrifices that people are making for children the rest of the world has left behind for dead…we should be cheering for this kind of selflessness. We should be making movies about it. At the very least, we should not be condemning it.

And not to take anything away from what Private Doss did—but to me, orphan rescue work is even more amazing than battlefield heroics. It’s not a one-time act or an adrenaline rush of bravery. Taking in orphaned children is a rescue mission that has no end. It includes the critical early hours, the actual life-saving stuff, but then includes every hour after that…as well as the food, the clothing, the shelter, the education, the medical care, the encouragement, and the love that is needed to finish the job. 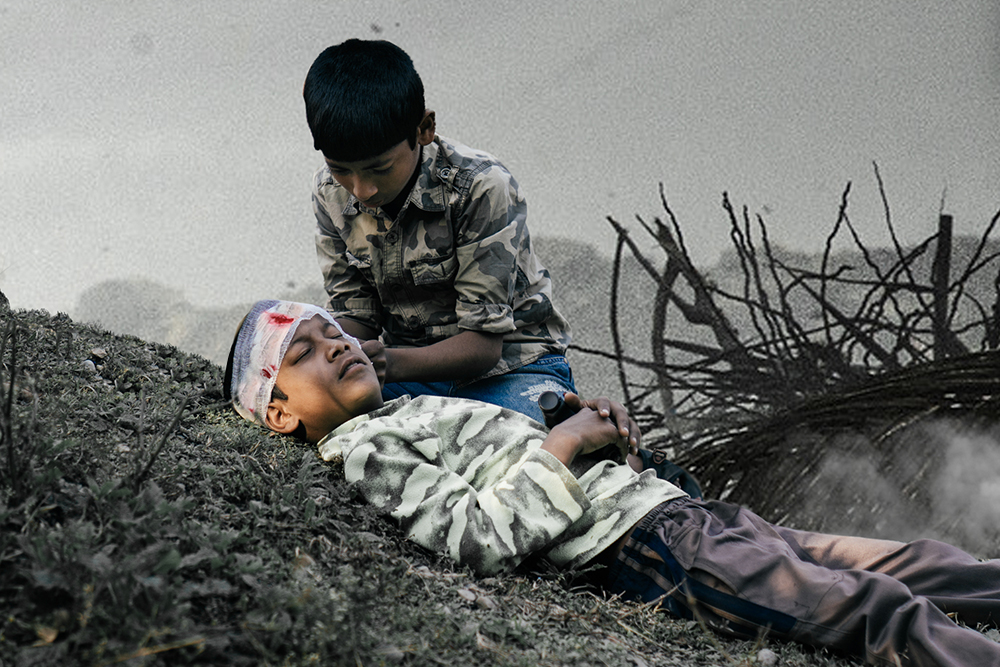 You would not believe how hard it was to stop this patient laughing.

Sure not all orphan care providers deserve the Congressional Medal of Honor. Some are crooks, or opportunists that need to be stopped, using children like booby traps, hoping to capture the hearts of sympathetic donors. But for the ones who are doing it right, sacrificing every day, running back towards the enemy time and again to pull another broken heart to safety…let’s at least give them our respect, our support, our prayers, and our resources, whenever possible.

Better yet, let’s all be a part of the rescue team that calls out, like Desmond Doss, after each successful Mission:  “Lord, please let me help one more.” Because there are real kids out there, right now, and they’re looking for a hero. Maybe that’s you.

If so, I encourage you to get involved. If you don’t know what to do, write to me and I’ll give you some ideas. Either way, the path forward is clear.

Like so many courageous souls before us, we just need to gather our courage, take a deep breath, and run full speed onto the battlefield. 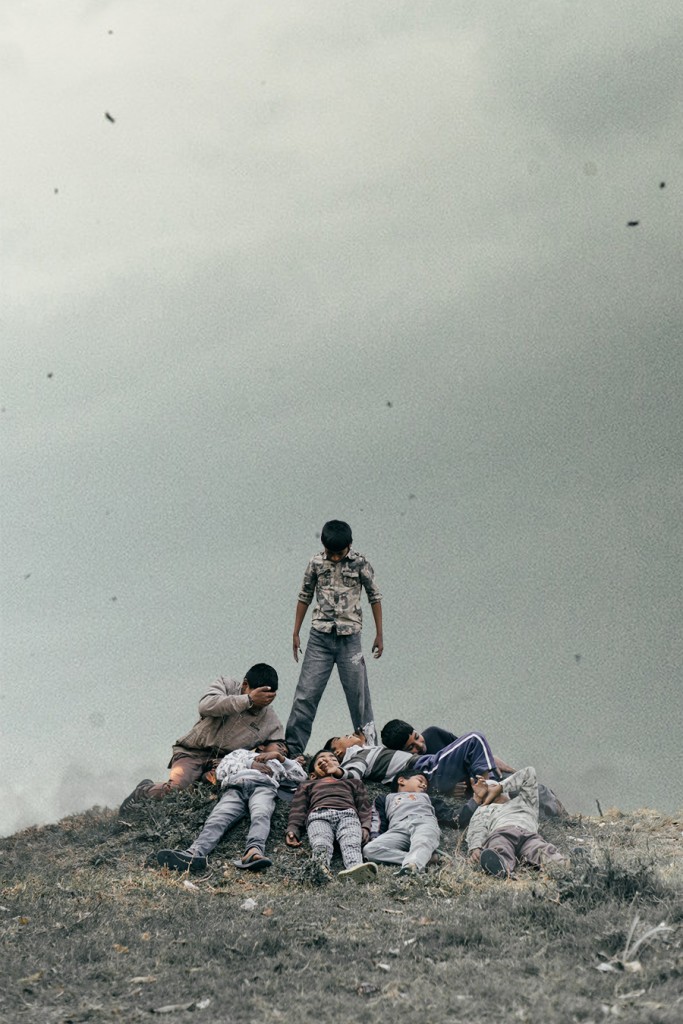 Note: No orphaned children were hurt in the shooting of these images. Nine-year-old Ram Pal plays Desmond Doss, with a cast of his nursery buddies all scrambling to pose, flop or at the very least, hold one of the air guns.