The month of August is flying by but not without a stop at Independence Day here in India. 71 years ago this past August 15th, the British handed back control of the country to the people who call it home. For all the sacrifice and struggle that went into that moment, the nation takes time to celebrate and so do the children at the Maxton Strong School.

As always, the kids created songs and dances, speeches and dramas with lots of patriotic cheering and general flag waving. Thankfully, the rain held off long enough to get the ceremony in, allowing a few pictures to put you in the action. 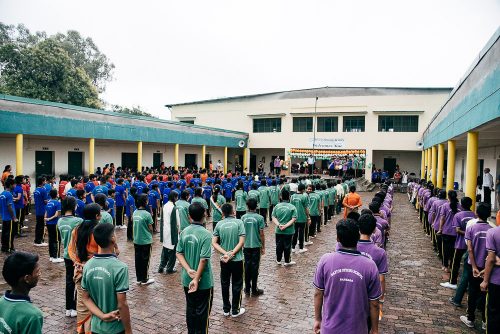 Lined up and ready for some Independence Day action. 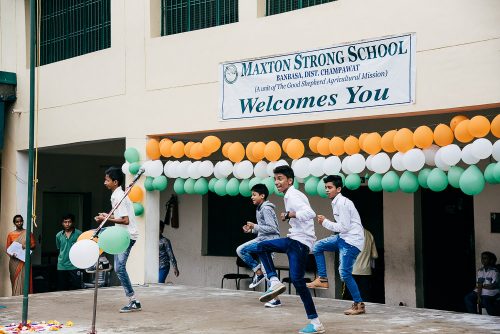 Some dancing to help celebrate. The crowd, enjoying the show. 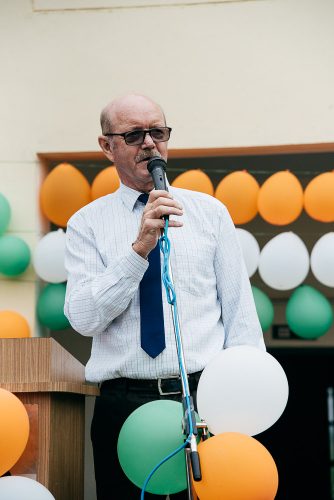 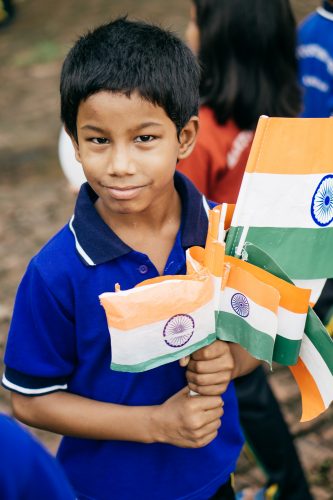 Raymond gathering up all the discarded flags. Clearly the most patriotic. 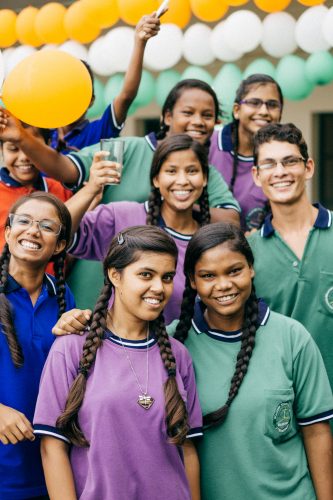 It was the first such occasion with our new Principal, David Chirag Din and to commemorate it, we produced a short video you can watch below. Happy Independence Day to all of India! We hope the video helps to show you what a great job our children did, we are so proud of them all.

As a small side note, this week Principal David asked John to write a school theme song that the children could sing at the morning assemblies. Always ready with a creative blast, John wrote and then performed a few options in the Principal’s office a few days later, and an anthem has been settled on. Though an actual recording won’t be ready for a while as the children learn it, the opening verse reads: John presenting the new song in the Principal’s office.

About the Author: Clifton

Clifton is the grandson of Maxton D. Strong the founder of The GSAM. In 2004 at 19 years old he moved out from Australia to India with his parents to continue on his grandfathers work. Today he is working as the Deputy Director of the orphanage and the Chairman of the Maxton Strong School. He is married to Priscilla, a former child of the mission and together they have 3 sons.