This week here at the Mission we have been once again both blessed and challenged with the honor of welcoming three additional children into our care. They were dropped off by their mother and grandmother earlier in the week, and are now settling into the nursery. Shivam (8), Manisha (6) and little Niyati (4). All siblings, all now part of our sprawling Mission family.

For this week’s Prayer Letter, instead of our usual laundry list of improvements and activities, we’d like to examine the story of these three children a bit more closely for you, dissecting the path that brought them here and explaining the process by which they were admitted. 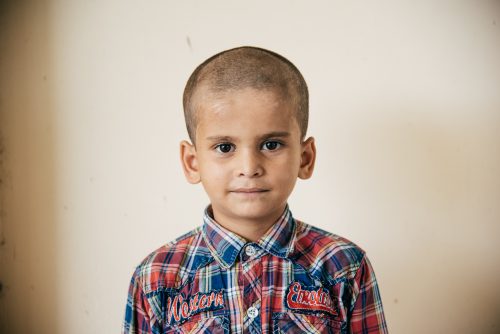 Shivam, age eight, came with a shaved head as a result of lice. 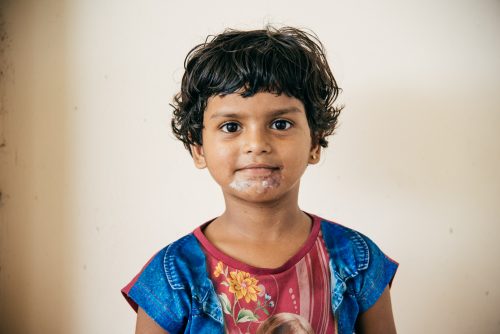 Bright-eyed Manisha, age 6, working through some unknown skin rash on her chin. 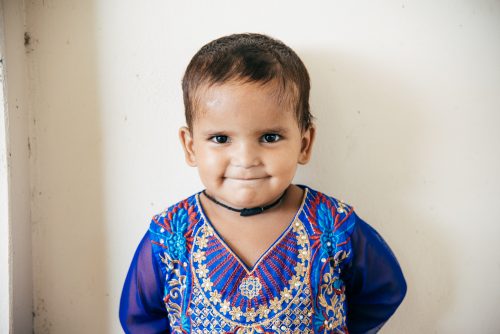 Shivam, Manisha and Niyati were born and raised near Haldwani, roughly two hours north of here. If their sweet dispositions are any indicators, these children were raised with love. But in July of 2016, their father committed suicide and their mother was incapable of raising them alone.

In her defense, this mother has two things working against her. One: she has no family support. When she married her husband in a love marriage, in defiance of her parent’s wishes, she was disowned by her entire family who wants nothing to do with her now. Two: she clearly has a mental disability, evident in both her speech and actions. That she has decided to give up her beautiful children in the hopes of improving her remarriage possibilities is further evidence that she is not 100% right in the head.

The grandmother has been raising the children by herself for the past year and a half (supporting her widowed daughter-in-law as well), but it is more than she can manage any longer. In desperation, she visited Eugene a month ago and begged him to help her. Initially he refused, believing the children were still better off in their home. But after the grandmother petitioned the courts, pleaded her case to the S.D.M. (Sub-District Magistrate) and had the mother sign affidavits stating that she did not want custody of her children any longer…we reconsidered. 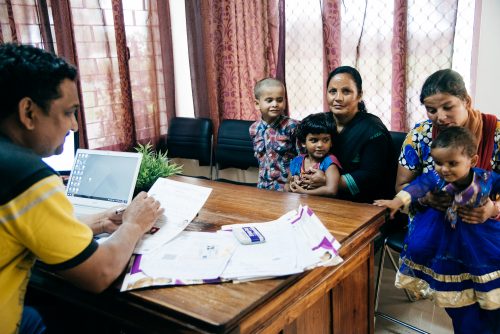 Eugene meeting with the family at admission time. 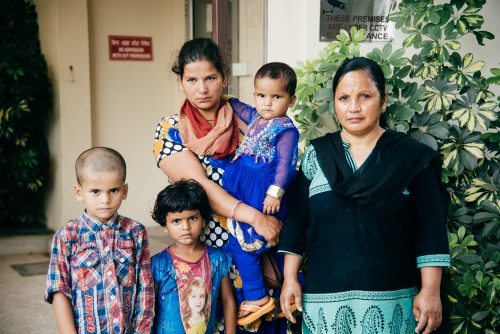 What is the right action to take in a case like this? If children are not wanted and potentially in danger, what do you do? Obviously, staying with family is the first and best option, but when this is not possible, then what? Foster care is basically non-existent in India, and adoption possibilities are slim if not all but gone by the time children reach the age of five.

For us, we are not in the business of taking children and breaking up homes. We exist to fill the gap between the ideal and the harsh reality of the world. But once we are satisfied that no better options are available, we unapologetically and whole-heartedly dive in. For Shivam, Manisha and Niyati, we are beyond thrilled to have them with us. 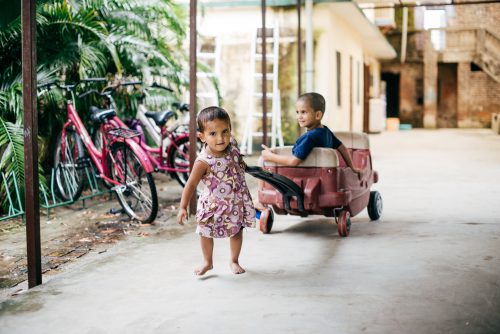 Niyati’s doesn’t need to be babied. She’ll pull the cart! 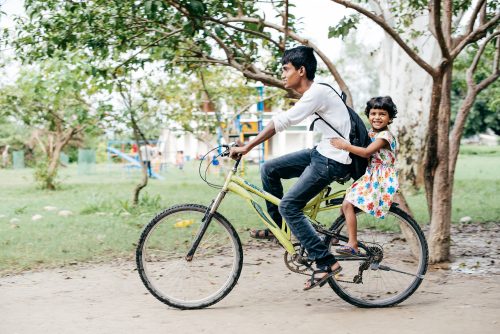 Manisha getting a ride from Jackie. 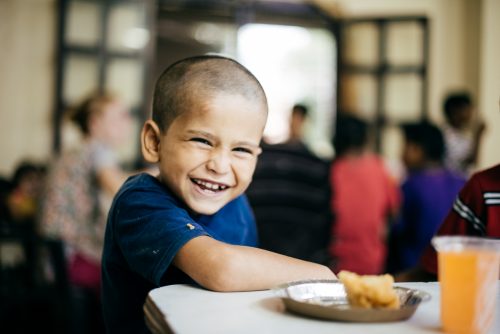 Shivam enjoying a party in the dining hall, his first party ever.

It’s only been a couple days, but so far…so good.

In fact, it’s hard to remember new children fitting in so quickly or easily. Our other kids are welcoming them with genuine sweetness, and there have been no expected tears or visible signs of distress from the new arrivals. We pray that this new twist in their young lives will prove to be a blessing to them and to all of us as we strive to foster a new sense of family together. 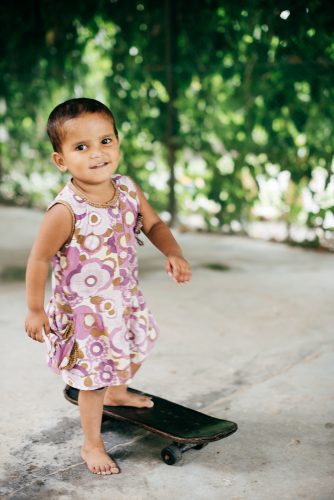 Niyati trying her luck at skateboarding for the first time. 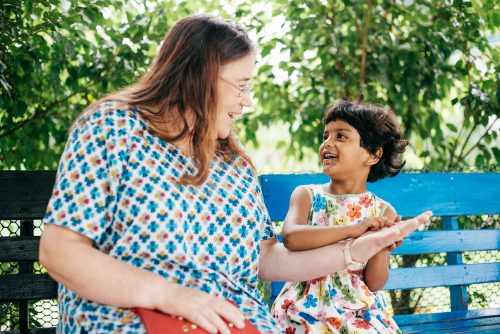 Aunti Sarah listening to Manisha count to 100…one slow number at a time. 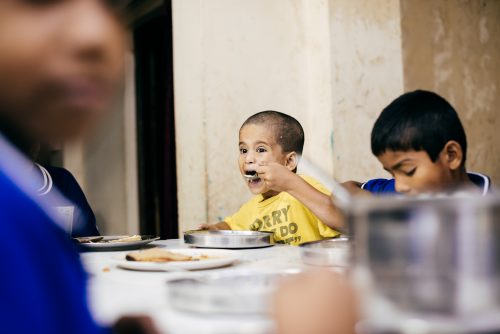 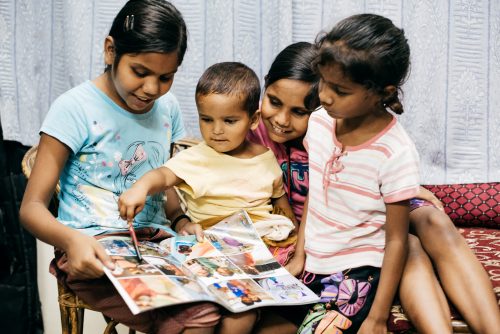 Sheetal, Priyanshi and Shivani welcoming the youngest new member of the nursery. 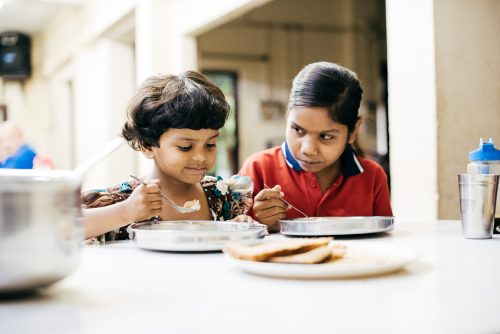 For now, we tuck them all into bed with hearts full of both the promise and the perils that all parents feel. As little Niyati sleeps in her new bed, we have a long journey together. There are more than 5000 days until she turns 18, until she’ll be able to begin her own life apart from us if she chooses. Which means there will be 5000 wake ups, 5000 breakfasts, lunches and dinners, 5000 bedtimes, 5000 chances to be a yes for these kids when the rest of the world has said no.

And we look forward to each and every one of them. 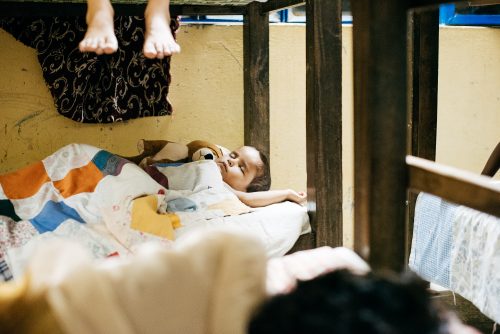 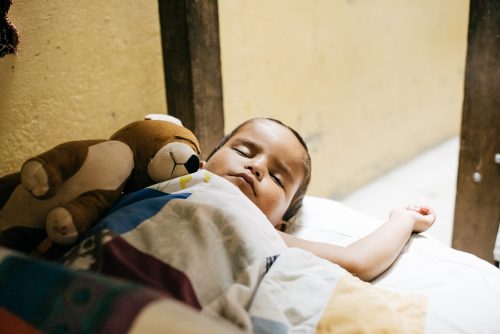 Welcome to the family little angel.

About the Author: Clifton

Clifton is the grandson of Maxton D. Strong the founder of The GSAM. In 2004 at 19 years old he moved out from Australia to India with his parents to continue on his grandfathers work. Today he is working as the Deputy Director of the orphanage and the Chairman of the Maxton Strong School. He is married to Priscilla, a former child of the mission and together they have 3 sons.