There is very little in the way of relief agencies in our area and so when disaster strikes people turn to us for help. In the last few years, we have seen horrible flooding in our district which claimed many lives. Our team of volunteers assisted not just in providing food, accommodation and rescue but also post-disaster support through means of construction/repair, removal of fallen trees and disposal of dead animals/livestock to prevent the spread of disease.

Because of our proximity to the Himalayan mountains, monsoon rains and bad drainage, our area is highly susceptible to flash flooding. Water levels can rise as high as 2m in just a matter of hours. It doesn’t even have to be raining here for the area to flood as rain is collected as it comes down from the mountains. 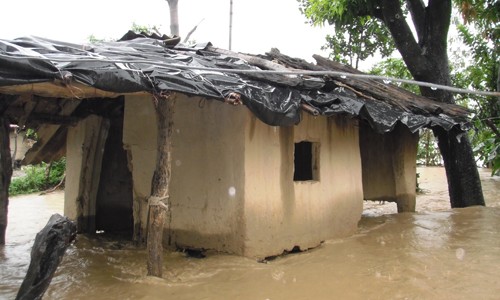 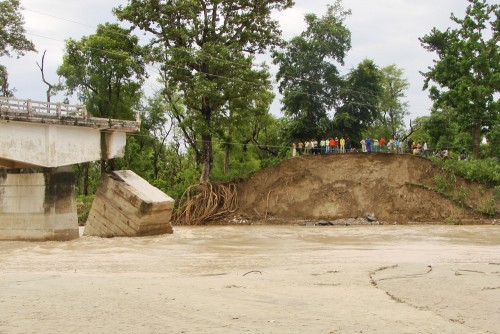 In June 2013, our state experienced India’s worst natural disaster since the 2004 tsunami. Throughout the mountain area around us, heavy rainfall caused devastating flooding that left more than tens of thousands dead. Many homes were destroyed and washed out roads meant that relief teams were not able to get into some areas until several weeks later. During this time, our organization banded together with local businesses in Banbasa to form a committee to provide relief to those in need.

Our staff worked hard to fill a truck with supplies, rations, tarpaulins and clothing. The supplies were handed out to individuals affected by the floods in some of the most remote regions, including people who had lost their homes, livestock and even family members.

When Nepal suffered its second devastating earthquake in 2015 our staff and children decided we must do something tangible to help. 500 packages of food and supplies to help 500 families in need were put together here on the mission and sent by bus to Khatmandu where they were sent out for distribution by our team of staff.

This was our first time getting involved with any kind of international aid and it was a huge effort to get all of the packages ready. We are so proud of our children and staff for working so tirelessly for the people of Nepal.

These are some blog posts that are related to our disaster relief program: